Arthur Lewis is a singer, songwriter, and pianist from Queens whose soulful voice has been heard everywhere from film and television to the Broadway stage, from festivals and conferences around the world to the intimate clubs he loves on New York's Lower East Side. His frequent collaborator Lin-Manuel Miranda has called him "the best songwriter he knows".

To many, he's known as "Arthur the Geniuses", an original member of freestyle rap improv comedy group Freestyle Love Supreme. He's sung and played with FLS from their beginnings in 2003 all the way to their recent Broadway run, gaining the respect of numerous talented musicians along the way — from Alex Lacamoire to Anthony Ramos to Jon Batiste to Josh Groban, who gave him the nickname "Maestro".

To others, he's simply a working musician in NYC, playing whatever role is needed — including keyboardist, session vocalist, percussionist, guitarist, backup singer, musical director, and composer — for countless musicians, comedians, and theatrical performances over the past two decades.

Recently, Arthur has been focusing his energy on a duo with rapper/storyteller Joél Leon, combining Joél's original hip-hop and Arthur's indie soul songs with improvisation, and using the songs as springboards to create new powerful moments with the audience, with an emphasis on spontaneous melody, open space, and healing.

He's self-produced two solo EPs, If We Were, and Demos From Another Life, and he continues to spend time in the studio as a vocalist, keyboardist, and producer, working with artists from Broadway's James Monroe Iglehart to rapper Immortal Technique.

He tends to be a bit camera-shy, but if you look closely, you can spot him wearing a spectacular denim vest in Across The Universe.

Freestyle Love Supreme is this freestyle rap improv comedy whirlwind that I've been a part of since it started in 2003.

Freestyle Love Supreme is this freestyle rap improv comedy whirlwind that I've been a part of since it started in 2003. We're based in New York, but we've performed all over the US, and at festivals all around the world. Our members are award-winning composers, Broadway stars, TV regulars, recording artists, etc. But really, at the heart of it, it's just me and my dumb friends taking audience suggestions and turning them into songs. 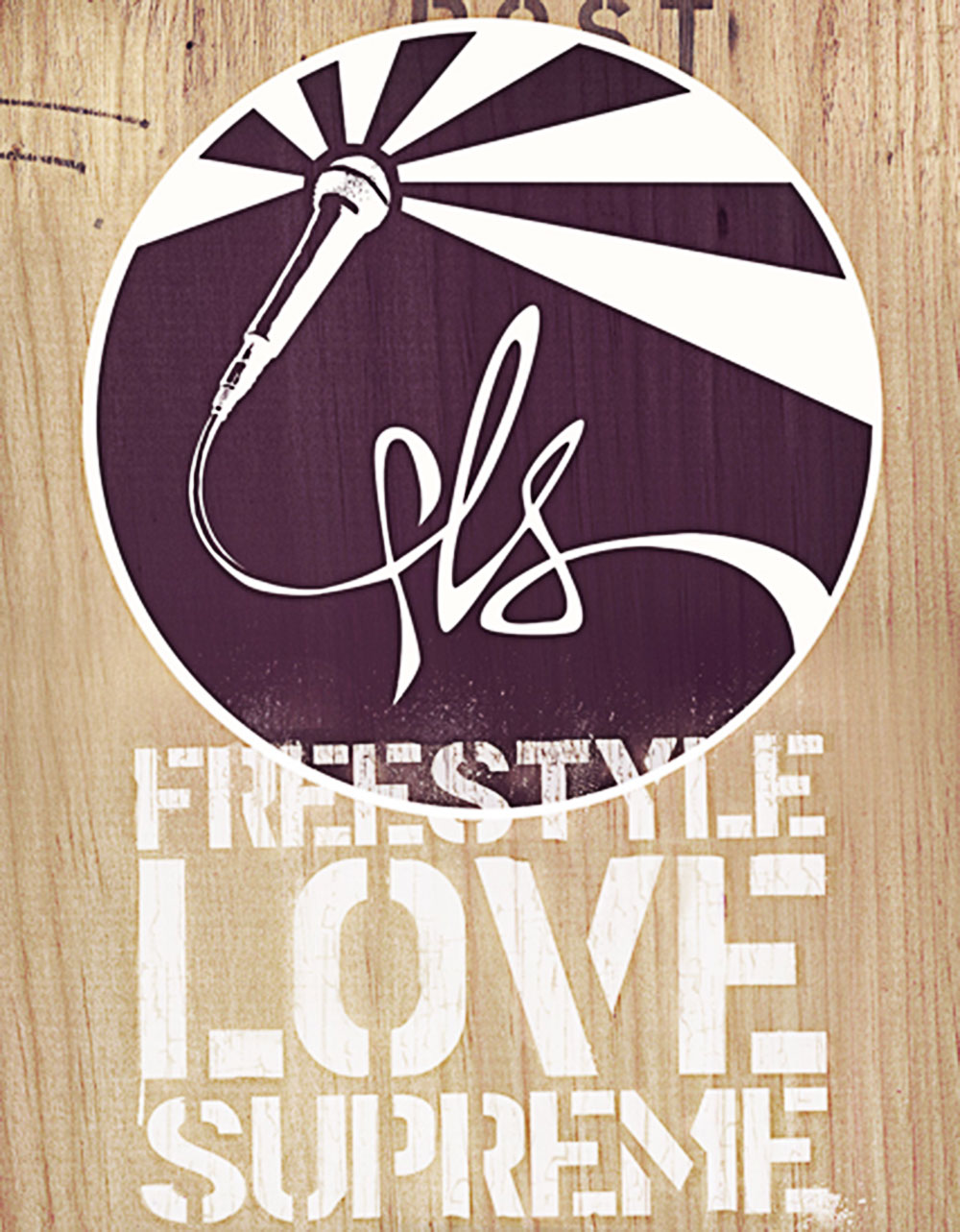 The Melting Pot plays hip-hop, soul, folk, jazz, and whatever else we can squeeze into the upstairs space at Pianos on the Lower East Side.

The Melting Pot is a group of musicians I've been playing with every month for almost 5 years. We play hip-hop, soul, folk, jazz, and whatever we can squeeze into the upstairs space at Pianos on the Lower East Side.

We've got four rotating frontmen - Webbafied, Joel aka MaG, Jon Braman, and me - over a killer house band. Every night ends with the famous Melting Pot Jam Session, where MC's, instrumentalists, singers all get up to join us. Also, there are horns. HORNS! 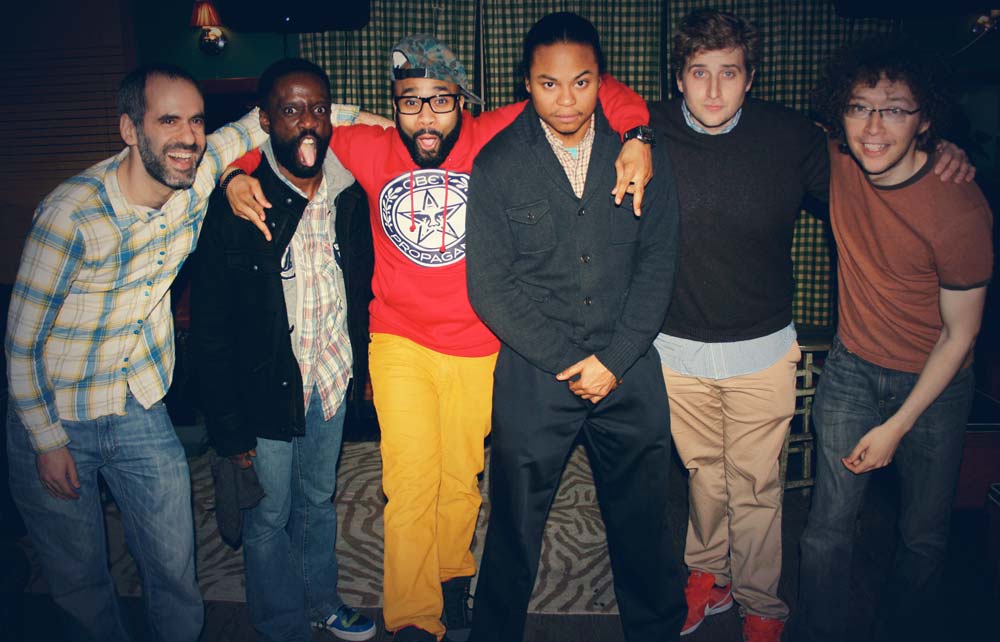 This Is Not The Radio

This Is Not The Radio is a collective founded in 2012 by singer-songwriter Lynette Williams, with the goal of reaching both artists and fans in a new and intimate way.

This Is Not The Radio

This Is Not The Radio is a collective founded in 2012 by singer-songwriter Lynette Williams, with the goal of reaching both artists and fans in a new and intimate way. TINTR shows are these beautiful collaborative experiences, with singers, instrumentalists and MC's, all getting up and playing on each other's songs. They're all about the room - the vibe that gets created, and the people who are in it right at that moment.

A few months ago, we recorded an album in the same style - artists getting together and offering bits of themselves on each other's tracks. I've got two songs on it, and I think they sound lovely. Look for that in 2015. 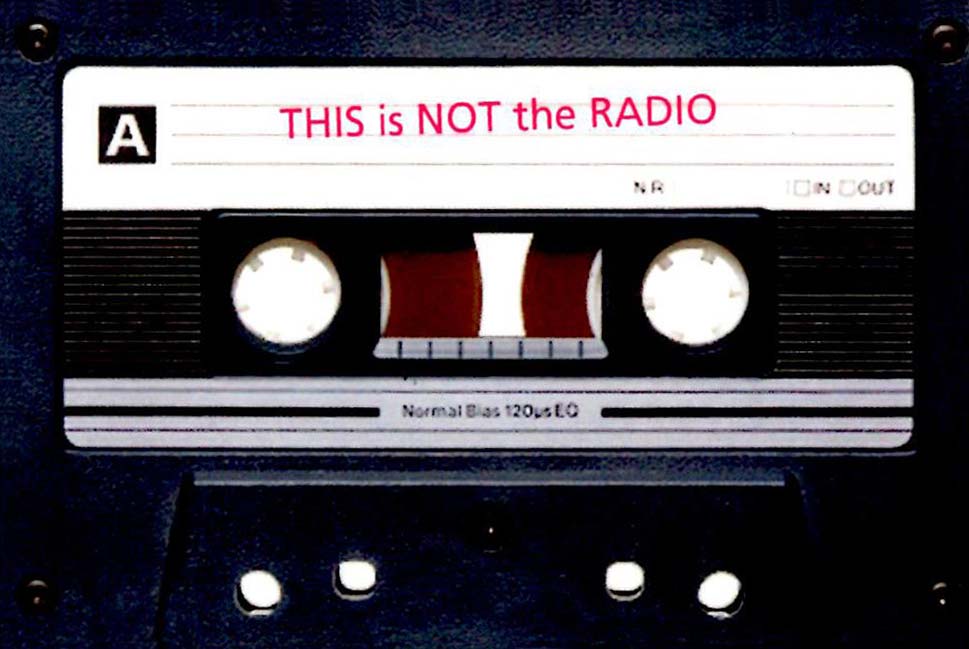 About this siteI built this site using Nesta, JPlayer and Foundation along with the help of these fine folks.

Bryan Noll and I built this site using Nesta, Foundation, and JPlayer.

For the nerds, the part I'm proudest of is my custom media aggregator, which pulls tracks from Bandcamp and Soundcloud, and combines them all in one nice compact player, beautifully styled by Bryan. I plan to release the backend code as a Ruby gem sometime soon.